Since December 2007 violence has been wagging between supporters of the corrupt Kenyan President Mwai Kibaki and the corrupt, Islamist friendly Raila Odinga. 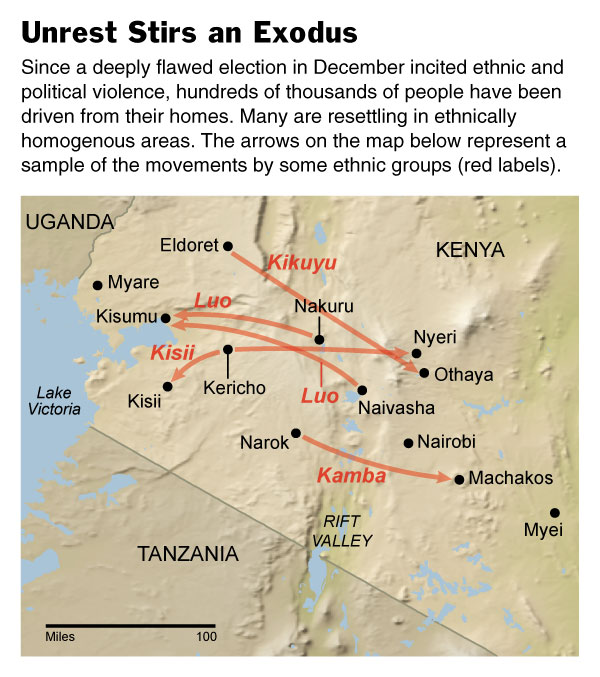 The violence is going along ethnic lines and segregating the country as the above New York Times map shows. Odinga's Luo supporters are being pushed west while groups friendly to Kibaki flee east to government controlled strong holds.
In a sign of online geographical activism the site Ushahidi is creating a mash-up using Google to report the violence. Witnesses can report crimes and users can view incidents on a map.
Like Darfur's Google Earth layer neogeography is being used to inform the world. While some falsely believed readily accessed information would stop genocide because of instantaneous global outcry, it has allowed for more people to become knowledgeable on issues and try to help in their own small ways.
Posted by Catholicgauze at 12:15 AM