Lakota Sioux Indians would record the previous year on winter counts.  These records were written on buffalo hides as the Lakota hunkered down for the winter.  The winter counts serve as witnesses to wars, famines, unique events, and even epic changes in Lakota cosmology such as the 1775-76 discovery of the Black Hills (which ironically now serves as proof against neo-myths such as the Lakota Sioux always lived in the Black Hills.  This myth is advanced in sources like Aaron Carpella's "Native American Nations: Our Own Names & Locations" map.)

The Smithsonian Institute has most of the Winter Counts available online for viewing along with annotations.  I highly recommend viewing the Winter Counts for historical reasons as well as gaining insight into how American Indians experienced the revolutionary era of encroachment.
Posted by Catholicgauze at 8:02 PM No comments: Links to this post

The blog Concourse has a good series of maps which, while self-admiringly is not comprehensive, shows the location of various disaster/monster movies.  Monsters, Creatures, Climate, Geological, infections, mankind, alien attacks, space rocks, superhero battles, and a sharknado have all taken their toll on the United States.

Interestingly, New York was the early center of disaster films but as the United States grew so did the location of movie apocalypses. New York City and Los Angeles still remain the scene of most incidents but a bias seems to dominate as the third largest city, Chicago, lags behind film industry-cities such as San Francisco and Washington.
Posted by Catholicgauze at 12:00 AM 1 comment: Links to this post

Hunt at Home for Invasive Plants in Hawaii

There is yet another opportunity to be an at home imagery interpretation geographer thanks to the Nature Conservatory and Digital Globe.  It is now possible to look at imagery to find invasive plants in Hawaii's forests.  The effort is trying to find Australian and African plants that are competing against native Hawaiian trees thus altering the local ecosystem.

Do not worry if you do not know one tropical tree from another as the program is very easy to use and provides enough examples to help you identify invasive plants
Posted by Catholicgauze at 12:00 AM No comments: Links to this post

Email ThisBlogThis!Share to TwitterShare to FacebookShare to Pinterest
Labels: At Home Geography 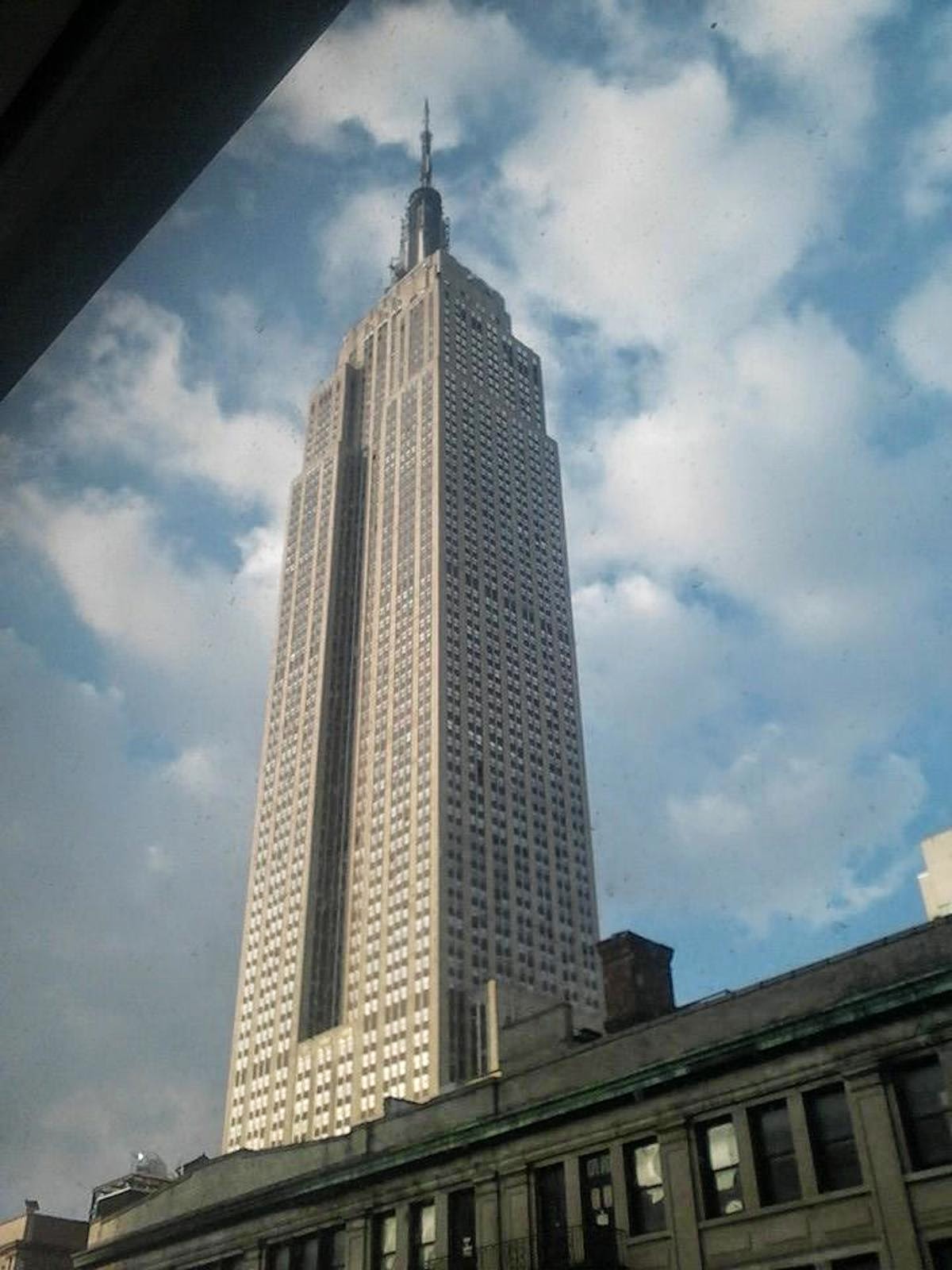 New York's official nickname is the "Empire State."  While some theories claim George Washington gave the state this nickname, notably due to its key role in the country's economy, there is no confirmed reason on how New York earned this name.

The Empire State's economy, and that of all the United States, suffered severely in the crash of 1929.  As part of the effort to reassert the economy and New York's role as a producer, construction of the Empire State Building began in 1930 (with plans only a few weeks old) and was finished in 1931.

The building was the tallest in the world until 1972 (now 23rd) and remains a cultural marker for New York City.
Posted by Catholicgauze at 12:00 AM No comments: Links to this post