Russia-Ukraine War Map Batch One - The Opening Moves in Crimea


The Russian Federation has invaded Ukraine again.  In the first invasion Russia sought to annex the Crimean Peninsula. Now, Russia is attempting to aid in the establishment of pro-Moscow "people's republics" which would act as unrecognized, mini-Transnistrias designed to keep Ukraine unstable for decades to come.

Live UA Map has a daily collection of maps and geo-located news stories.  The strong point of this website is that one can see the Donetsk People's Republic grow and be practically destroyed only to be rescued by the Russian invasion. 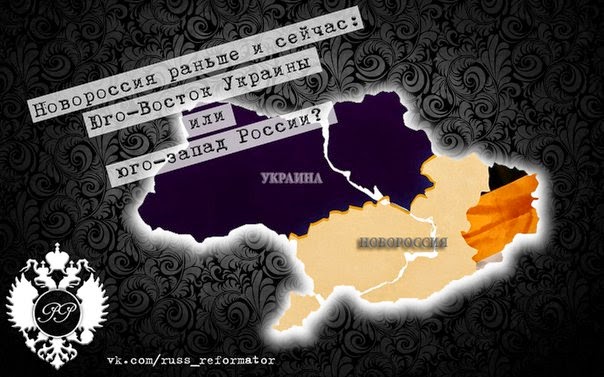 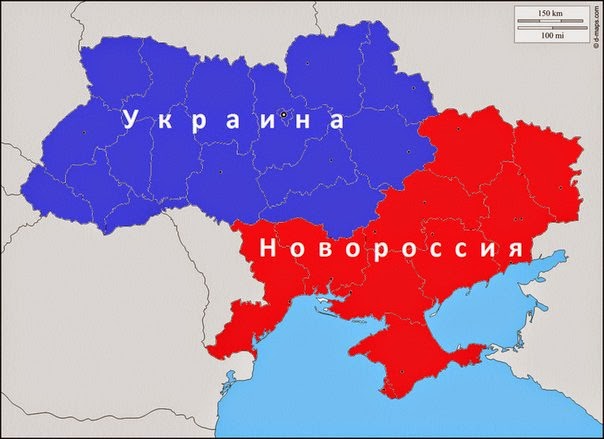 Posted by Catholicgauze at 10:59 PM No comments:

The United Kingdom would be the Poorest State Besides Mississippi if it Joined the United States, Kind of Sort of

The British Spectator magazine has an interesting article which claims the United Kingdom would be the second poorest state in the union (with Mississippi being the poorest).  The author uses gross domestic product per capita and purchasing power parity to back up this claim.

So is this claim true?  By its own system: yes.  However, this is where lies, dang lies, and statistics come to haunt us.  Under this system Alaska and Wyoming come out as the richest states in the union?  Why, because there are less people in the state, cost of living is relatively low, and there are a few very rich people there which skew the average.  While the theory is true with GDP and PPP, ask yourself, is Wyoming better off economically than the United Kingdom.  The BBC could probably hold a Doctor Who fundraiser and buy out both these two states.
Posted by Catholicgauze at 7:49 PM No comments:

The Islamic State, and Nothing Else

Back in June I wrote how the al Qaeda-breakaway group rampaging throughout Iraq and Syria should be referred to in English as the Islamic State of Iraq and the Levant (ISIL) and not ISIS.  Now it is time to update that post.

The group should now be referred to the literal translation of الدولة الإسلامية‎: Islamic State.  The organization has established a political theocratic state based on the Mohammad-era war Caliphate model.  It also now claims worldwide control of all Muslims.  It no longer considers itself limited to Iraq and the Levant.

James Mullen, a 17-year old Cupertino, California resident and rising senior at Monta Vista High School, took the top spot at the 11th International Geography Olympiad, held in Krakow, Poland from August 11 to August 18. Mullen finished atop the field of 144 competitors from 36 countries around the globe. He is the first American student to win the International Geography Olympiad in the 18-year history of the competition.

The International Geography Olympiad consists of three events: a fieldwork event where students take observations and analyze them, a written portion that asks students to critically think about major global issues, and a multiple-choice multimedia test which focuses on interpreting images and graphs.

The competition awards gold medals to the top 12 finishers, with Mullen having the highest combined overall score from all three events. Mullen was also the lone student to finish among the top ten students on each of the three portions of the competition

Medals at the Olympiad are awarded based on a formula where the top 1/12 of students receive gold
medals, the top 1⁄4 receive silver, and the top 1⁄2 receive bronze.

“James’ achievement is a tremendous honor for an American student on the world stage. His triumph
will encourage other students who are interested in the study of geography throughout the USA ” said
David Madden, co-coach of the American team and President of the United States Geography Olympiad.

Mullen and his teammates were chosen from around 1,000 competitors nationwide in the US
Geography Olympiad, the national qualifying competition for the event, which is sponsored by
publisher Houghton Mifflin Harcourt and the television network HISTORY. The two sponsors also helped underwrite the expenses for the American students to attend the Olympiad in Krakow. After 94 separate regional qualifying competitions, the top students traveled to Arlington, Virginia in April to compete in the national championship, with the top four finishers being chosen to represent the USA in Krakow.

Mullen finished fourth in Arlington at the 2014 US National Championships, and will need to qualify
there again in 2015 to have a chance to defend his title at the 2015 International Geography Olympiad, which will be held in Russia.
Posted by Catholicgauze at 8:25 PM No comments:

Now somewhere between 40,000 and 100,000 of these Assyrians, Turkmen, Yezidi, Arabs, and Kurds have fled to the top of Mount Sinjar, a ridge 60 miles (100 kilometers) long in northwestern Iraq.  This mountain serves as a hiding spot from the army of the Islamic State.

The mountain serves as a life bridge for the area around it as it allows rainwater to collect then stream down into wadis thus offering water for the region.  However, unless it rains there is little water available and no crops can be grown on the mountain.  The life giver for the region and provider of shelter from the Islamic State is actually a slow killer.  This is why water and food deliveries are needed.

Posted by Catholicgauze at 3:45 PM No comments:

Every Man Remembered: Mapping the Commonwealth's World War I Dead

The Royal British Legion has a great website that is attempting to document every British Empire/Commonwealth World War I dead.  Every Man Remembered is attempting to give every dead warrior a story and map out their final resting place.
Posted by Catholicgauze at 2:28 PM No comments: