This mountain by any other name would be just as tall

This mountain goes by many names, more than I know. Those in Tibet call it Chomolungma. In Nepal it’s known as Sagarmatha. Some that are intimate with it call it the “Big E.” In the West it’s referred to as Mt. Everest. It is known as the highest mountain in the world at 29,029 feet (some say it's now 29,035 ft). 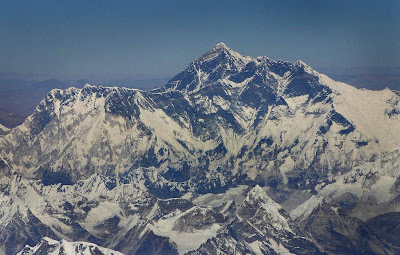 photo: Wikipedia
Catholicgauze and I have found the Discovery Channel’s “Everest: Beyond the Limit” television programs fascinating. Not just for the shear willpower (and probably more importantly: mind-power) of those that attempt an Everest Climb, but it’s also interesting just to understand the mountain itself. When looking at a photo of Everest, I see two slopes that form a peak, the summit. It seems simple to trek, albeit the lack of oxygen, the inability to digest food, and the possibility of medical problems (which include hypothermia, high altitude pulmonary edema, and cerebral edema) at that altitude may set one back.
My understanding of the face of Everest has changed drastically having watched the program, and seeing the terrain up-close. I invite you to visit the Discovery Channel’s “North Side of Everest” interactive map, to see for yourself, and watch related video corresponding to that particular location.
To highlight some notable high-altitude locations: 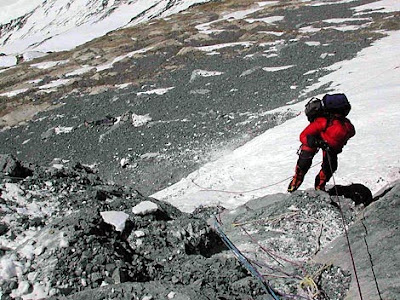 An effort to bury the body of Fran Arsentiev who died here (located next to the climber) in 1996 was carried out in 2007. The majority of accidents on Everest happen on the way down. photo: mountainguides.com 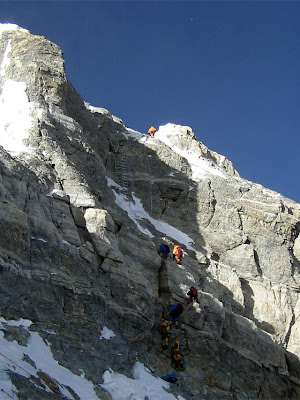 You can make out the ladders towards the top. photo: project-himalaya.com 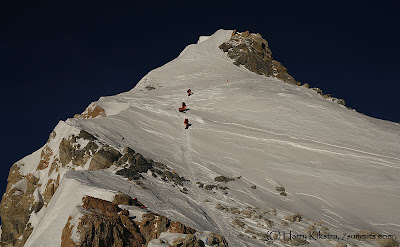 Just over the Third Step: it's not over yet! That may look like the summit, but it's not. You have to continue up over the snow-slope and to the right before making a break to the top. citation: siteoneverest.com 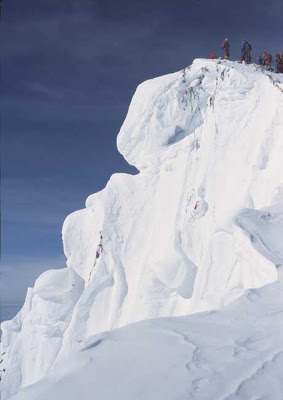 Now that you're at the top, it's a long way down. photo: everestnews.com

To think that Edmund Hillary and Tenzing Norgay (the first to summit and return alive) did not use fixed ropes, ladders, etc., is amazing. Everest is amazing.
Posted by Catholicgauzette at 12:01 AM

Email ThisBlogThis!Share to TwitterShare to FacebookShare to Pinterest
Labels: Virtually Traveling the World